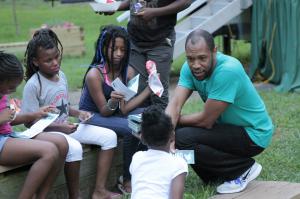 You’re never to young to learn the truth about drugs 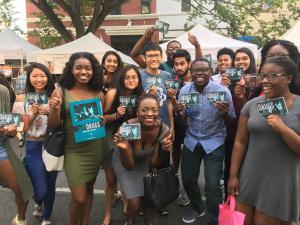 Young people advocating for the truth about drugs 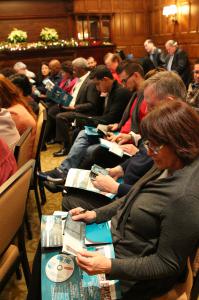 Parents and neighbors learning about drugs 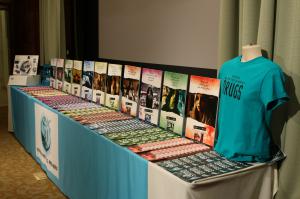 That is exactly what is happening across the country as synthetic drugs hit our schools and neighborhoods.

Taking K2/Spice is like playing Russian roulette, because you never know when a hit will be deadly.”
— Thalia Ghiglia, Drug-Free World program, Washington, DC.

WASHINGTON, DC, USA, June 13, 2019 /EINPresswire.com/ — Promoted as “legal” and “safe” synthetic marijuana, also called K2, Spice or Scooby Snax, is neither legal nor safe, though growing in usage. K2 is not marijuana as there are no marijuana plant leaves at all in this drug. It is more correctly called a synthetic cannabinoid.

Synthetic drugs are made up of shredded plant material, which is then sprayed with devastatingly harmful man-made chemical poisons intended to simulate THC, the mind-altering ingredient found in the marijuana plant.

The broad term “synthetic cannabinoids” refers to a list of 225 currently known man-made chemical compounds designed to mimic THC. The list keeps growing as those making the compounds try to keep ahead of law enforcement’s efforts to label each compound as illegal. Additionally, one never knows what has been sprayed on the plant material or how much. Even inside the same batch, the strength and reactions can vary.

The Center for Behavior Health Statistics reported that emergency room visits doubled between 2010 and 2011 due to synthetic drugs with 28,531 ER visits in 2011 – 78% were among adolescents and young adults aged 12-29. Although current statistics are not available, the increasing problem was shown in 2018 in Washington, DC, where more than 1,600 people were transported to emergency rooms by ambulance in a two month period of time with five deaths in one week alone. Mayor Muriel Bowser proposed emergency legislation to prohibit the sale of synthetics in local stores, which was swiftly passed.

An American College of Emergency Physicians survey in 2016 reported more than 95% of responding physicians said the number of patients they had treated for synthetic drug use either had increased (61%) or remained the same (35%) since 2014. Most alarming, 87% reported seeing violent acts and 42% had staff injured within the last year by patients using these drugs.

The National Institute on Drug Abuse reports suicidal thoughts, violent behavior, paranoia and hallucinations as just some of the results from synthetic cannabinoids (K2/spice) use.

“Taking K2/Spice is like playing Russian roulette, because you never know when a hit will be deadly,” said Thalia Ghiglia, advocacy director of the Drug-Free World program in Washington, DC.

“How can we stand by while our youth join the tens of thousands of people across the country having severe reactions and ending up in hospital emergency rooms or in some cases mental hospitals or the coroner’s office?” she continued.

“Education is the key to the help that is needed to save our youth,” Ms. Ghiglia said.

The Foundation for a Drug-Free World, works with many other prevention centers, to educate youth that these drugs are essentially poisons. The Foundation’s “Truth About Drugs” program includes free drug prevention and education booklets and videos in 22 languages, easily accessed through the internet or through local programs.

The Foundation for a Drug- Free World, a non-profit public benefit corporation based in Los Angeles that focuses on grassroots level drug prevention and education and provides high quality materials to health counselors, teachers, sheriff’s departments and police, all over the world. Through the Foundation its volunteers, partners and other allies’ efforts, more than 62 million of the Foundation’s educational booklets have been distributed, tens of thousands of drug awareness events have been held, and the Foundation’s public service announcements have reach more that 260 million viewers in 123 countries.