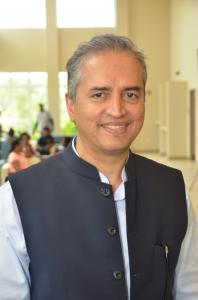 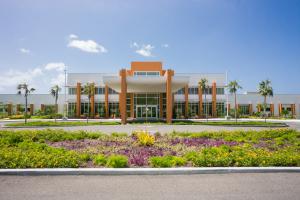 Speaking with journalist James Whittaker of the Cayman Compass newspaper, Shetty reported that 40 percent of Health City Cayman Islands' patients already come from overseas, and the hospital aims to increase that number to 90 percent.

Dr. Shetty was in the Cayman Islands as a guest speaker on regional health care at the UK Government & Overseas Territories International Trade Summit 2019, which took place at the Kimpton Seafire Resort on June 27 and 28.

Read the full article at: https://www.caymancompass.com/2019/07/04/shetty-cayman-can-be-capital-of-medical-tourism

He says that Cayman's potential is not limited to American medical tourists, which can sometimes be assumed. Rather, he indicates the Cayman Islands should set its sights on the larger region as a whole, drawing in medical tourists from the Caribbean and across the Americas.

Described as "The Henry Ford of Heart Surgery," Dr. Shetty, the founder and chairman of India's successful Narayana Health chain of hospitals, said: "What we have noticed is that the response from the Caribbean and Latin American countries has been extremely positive, not only in terms of patient flow, but in terms of acceptance of our doctors. Our doctors go there [to other islands] and examine their patients and help them with their health care needs. Essentially, we are becoming a pan-Caribbean operator rather than a Caymanian entity. We did not think this was going to be a big activity but it has been."

The respected cardiac surgeon said: "Every two years we look at our strategy. We realize right now we should be concentrating predominantly on the Caribbean and Central America and not spending major resources in the U.S."

"It is not just the treatment costs, it is family staying in the U.S. for months. Loss of wages, separation from family. [There] is a huge psychological trauma involved in the process. We believe Cayman will emerge as the medical tourism destination for Central America and the Caribbean region," he said.

Dr. Shetty also spoke about Health City's plans for a multi-million dollar cancer center, construction for which will take place over the next year.

"That will make a big difference for the Caribbean, as well as the U.S. population because oncology services in the U.S. are very expensive," he said.

Grand Cayman, he emphasizes, is a perfect alternate destination for medical tourists, with its security, first-world infrastructure and extremely supportive government.