Nearly 150 CCHR supporters gathered for the Premiere Party of the Voices for Humanity Episode on Justin Drach at the Fort Harrison Grand Auditorium. 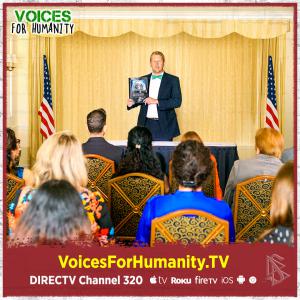 Justin Drach is a former Naval Aviator turned Florida-based attorney fighting widespread abuses of the psychiatric industry and the practice of illegally committing individuals, including children as young as two, into mental health institutions. 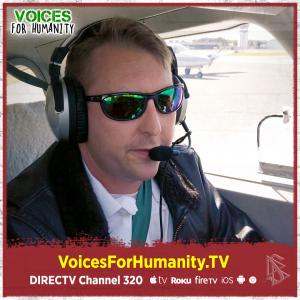 Justin Drach is a former Naval Aviator turned Florida-based attorney fighting widespread abuses of the psychiatric industry and the practice of illegally committing individuals, including children as young as two, into mental health institutions.

A new documentary features the work of attorney and mental health activist Justin Drach and his fight to protect human rights.

Florida is a target-rich environment for psychiatrists and corporations that are looking to squeeze profits from filled beds.”
— Diane Stein, President CCHR Florida

CLEARWATER, FLORIDA, UNITED STATES, November 20, 2019 /EINPresswire.com/ — Every year hundreds of thousands of people are taken into custody for involuntary psychiatric examination across the state of Florida. Called a Baker Act, the rampant abuse of rights under this law contributes to tens of millions of dollars in fraudulent billing. In a new documentary in “The Voices for Humanity” series on the Scientology TV network, attorney Justin Drach takes on the widespread illegal involuntary examination of men, women and children in Florida. Working directly with the Citizens Commission on Human Rights (CCHR), Justin Drach, a former Navy pilot, flies all over Florida seeking the safe release of countless individuals being held unjustly under the Baker Act.

“Today, in Florida, one of the greatest evils is fraudulent Baker Acts,” Drach states. “I make no bones about it, there is an epidemic of greed and abuse in medicine, especially the treatment of mental illness.”

Drach spent 10 years as a Naval aviator, including a tour of duty in Iraq. After military service, he earned his law degree and along with Amanda Thoele quickly established a prominent practice in Florida. His expertise—battling involuntary examination and potential involuntary commitment carried out by the psychiatric industry under the state’s infamous Baker Act. A strategic alliance with CCHR, a watchdog organization that exposes abuse in the mental health industry, has thrust Justin to the forefront of a movement fighting Baker Act violations. Through the specialized Baker Act Defense Attorney Symposium and Summit, known by the acronym BADASS, Drach helps to educate other attorneys in the art of securing freedom for Baker Act victims.

In support of Mr. Drach’s work, CCHR hosted an event on Wednesday 13 November at the historic Fort Harrison for the premiere of the documentary, “Wings of Justice” where the audience was appalled to learn of the horrific abuses perpetrated under the Baker Act and inspired to take action to help restore human rights.

According to Diane Stein, President of CCHR Florida, Florida is a target-rich environment for psychiatrists and corporations that are looking to squeeze profits from filled beds.

“Florida’s mental health act is weak and due process is virtually non-existent, said Stein. “Patients are bullied into submitting to ‘voluntary’ treatment all to avoid the bare minimum scrutiny of courts making people like Mr. Drach invaluable in the fight to end mental health human rights abuse in Florida.”

Ms. Stein, who is also featured on the Voices for Humanity series for her work in exposing unjust involuntary psychiatric examination of children and other mental health human rights abuses, encourages the friends and family of anyone who has suffered abuse in the mental health industry to submit a report at CCHR – www.cchrflorida.org.

About CCHR: Initially established by the Church of Scientology and renowned psychiatrist Dr. Thomas Szasz in 1969, CCHR’s mission is to eradicate abuses committed under the guise of mental health and enact patient and consumer protections. L. Ron Hubbard, founder of Scientology, first brought psychiatric imprisonment to wide public notice: “Thousands and thousands are seized without process of law, every week, over the ‘free world’ tortured, castrated, killed. All in the name of ‘mental health,’” he wrote in March 1969.