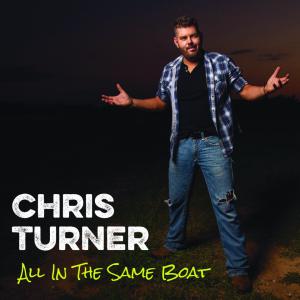 Chris Turner, “All in the Same Boat” (WalkerDawg Entertainment) 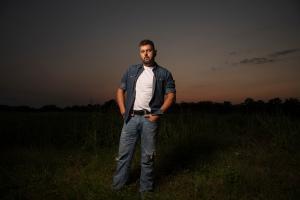 Country artist Chris Turner has released his latest single, "All in the Same Boat" (WalkerDawg Entertainment) — available today wherever digital music is sold.

PTSD and moral injury have become my platform because I can relate. Had it not been for music and the power of song to help me through… I’m not sure how my life would have turned out.”
— Chris Turner

NASHVILLE, TN, USA, October 30, 2020 /EINPresswire.com/ — Country artist Chris Turner has released his latest single, "All in the Same Boat" (WalkerDawg Entertainment) — available today at Spotify, iTunes, Apple Music and other major outlets. The single is the first release from his upcoming EP, due in early 2021.

“I’m so proud of this track,” says Turner. "With Covid, job losses, and all of the issues facing our country, this song has a message that everyone, myself included, can relate to and it needs to be heard right now. 'Ain’t we all in the same boat!' The question is, do we sink or do we swim?”

A veteran of the United States Marine Corps, Turner uses his platform to help raise awareness and be a voice for his fellow veteran community. In 2019, Turner joined forces with actor and UFC legend, Randy Couture, in the fight against PTSD. His tireless efforts to bring awareness has led to media coverage by major outlets such as Forbes Magazine and Today in Nashville, and he has partnered with a variety of non-profits including Xtreme Couture, GI Foundation, Crosswinds Foundation, Together for The Good, 911 Remembered and Irreverant Warriors.

"Being a USMC veteran, it’s no secret I have a passion for my brothers and sisters in arms,” says Turner. "PTSD and moral injury have become my platform because I can relate. Had it not been for music and the power of song to help me through some of my darkest times, I’m not sure how my life would have turned out. Will we ever Stop 22? We all would like to think so for sure. However my goal is to Stop 1! If I’m able to touch someone through song and be that voice that stops them from making that life altering decision, then I’ve given back what was given to me… LIFE!”

Hailing from Ninety Six, SC, Turner made his way to Nashville in 2010, determined to break out as a singer/songwriter. He started playing small restaurants and coffee shops for tips, before graduating to some of Music City’s most prestigious stages, such as the famed Bluebird Cafe, John Rich’s Redneck Riviera, Tootsies, The Nashville Palace and more. His increased exposure provided the opportunity to share the stage with some of the biggest names in Country Music, including Cody Johnson, Aaron Tippin, Darryl Worley, Craig Campbell, Trent Tomlinson, Bucky Covington, and Tracy Lawrence, to name a few.

Turner's upcoming EP is the follow-up to his 2019 release, American Made, which reached #16 on the iTunes Country Chart, and featured the single, "If You Drink,” which spawned a viral music video featuring Randy Couture and actress Mindy Robinson.