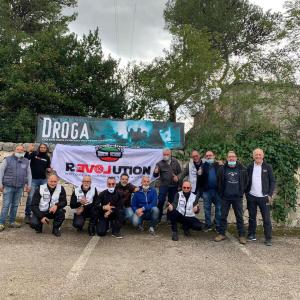 Bikers from the Motoclub Revolution of Valmadrera drove 1000-km nonstop by motorbike to promote the “I Say No to Drugs“ initiative of Italy’s Foundation for a Drug-Free World. 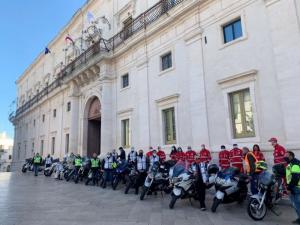 Martina Franca City Hall formed a partnership with Motoclub Revolution of Valmadrera and the “I Say No to Drugs” Association to combat drug use and promote sports and cultural activities for young people. (photo from Il Quotidiano.it) 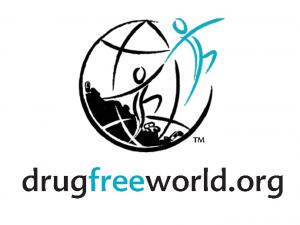 Foundation for a Drug-Free World makes its materials available free of charge.

LOS ANGELES, CALIFORNIA, UNITED STATES, November 22, 2020 /EINPresswire.com/ — At dawn on a Saturday morning in October in the city of Lecco in the north of Italy, a dozen bikers took off on a 1000-km ride to promote the message “I say NO to drugs.” Organized by the Bergamo chapter of Foundation for a Drug-Free World and the Motoclub Revolution of Valmadrera, the grueling nonstop rally arrived the following day in the south of the country.

A dozen riders took part in this tour de force. Their destination: The city of Martina Franca, in Puglia, the southern region forming the heel of Italy’s “boot.” They were welcomed by the Martina Franca Councilor for General Affairs and Security Policies, who signed a partnership with the motorbike club and the “I Say No to Drugs” group of Italy to combat drug use and promote sports and cultural activities for young people.

According to the United Nations Office on Drugs and Crime and World Health Organization’s International Standards on Drug Prevention, “for every dollar spent on prevention, at least ten can be saved in future health, social and crime costs.”