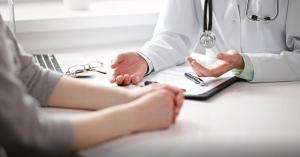 Tremendous advances are being made on nearly every front of cancer research, but it’s frankly not being felt on the frontlines of care”
— Carla Balc, CEO of Spesana

The resulting decision support simplifies getting the right cancer treatment to the right patient and unifies physicians and insurance teams on the best approaches.

“Tremendous advances are being made on nearly every front of cancer research, but it’s frankly not being felt on the frontlines of care,” said Spesana CEO Carla Balch. “The continuity of care is being lost through too many disconnections between physicians, specialists, molecular diagnostics, payers, and pharma. An evidence-based approach has been supplanted by a paperwork-based approach that has more to do with bureaucratic prowess than clinical judgment. That’s unacceptable.”

"Finally!” said Dr. W. Jeffrey Edenfield, medical director of the Institute for Translational Oncology Research of Prisma Health. “A useful interface for the modern oncologist who needs constant access to molecular information, who craves consultation about similar patients and challenges, and who demands unfettered access to the medications that keep our patients well."

Confronting the complexity of molecular diagnostic reporting, interpretation, selection of care pathways, and reimbursement, Spesana’s patented computer vision-enabled technology allows physicians and payers to more rapidly and clearly interpret diverse molecular diagnostics reports and translate them into action plans payers can better comprehend and embrace. This allows for advances in the super-stratification of patients on a molecular level, an improved methodology for electronic prescriptions, as well as better decision-support and workflow optimization.

Ninety percent of clinicians believe molecular information improves patient outcomes. However, molecular diagnostic tests are not often ordered today. Physicians have shared that current molecular diagnostic reports remain challenging to interpret, sometimes involving more than 40 pages of dense text. This can spill over into a time-consuming prior authorization process with insurance officers, in a process that is often fraught with suspicion and mistrust.

“It will take more than electronic medical record algorithms to move decision-making to where it’s needed,” said Balch. “As CEO of Altos Solutions, we created the first EMR-based decision support for oncology in 2008. While we were successful in moving healthcare from paper to digital records, the benefits of that process are declining without addressing the gap between reports, physicians, and the EMR, not to mention the payer system. That’s why we’ve set about working with representatives of every stakeholder group to tackle that problem. We are doing it with a new approach, joining together the relevant data sources into a more streamlined decision support process.”

Clean, normalized data through a platform as a service can fuel other systems’ in the healthcare matrix to achieve massive workflow efficiencies and quality improvements in treatment selection, automated prior authorization, patient copay assistance, and clinical trial support. A next logical step is an expansion into drug selection, based on Spesana's Real World Evidence Consortium, supported by a virtual tumor board capability. These advances are vetted through a Clinical Knowledge Base, through a partnership with The Jackson Laboratory.

About Spesana
Spesana has developed a molecular diagnostics-driven decision support solution and collaboration platform to bring physicians, patients, and insurance teams together around the best available therapies and pathways for patients. The company was founded by oncology information technology trailblazer Carla Balch and an experienced team known for building the first certified electronic medical record platform in oncology. Spesana brings newly-harmonized collaboration, decision support, and molecular diagnostics results more widely accessible and actionable. Connect with us at Spesana.com, on LinkedIn, and on Twitter.

About mProbe Inc.
mProbe, founded in 2015, is based in Palo Alto, CA, and delivers test results as CAP / CLIA certified reports from the labs in Maryland. mProbe uses high throughput mass spectrometry and artificial intelligence to identify protein and metabolite markers for early disease detection and risk assessment.

mProbe is establishing the world’s largest human phenome database by going beyond the genome and working with key strategic partners. Connect with us at www.mprobe.com.