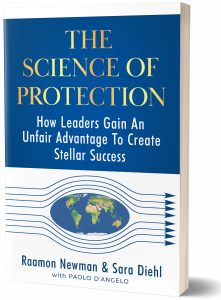 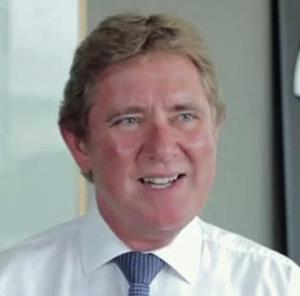 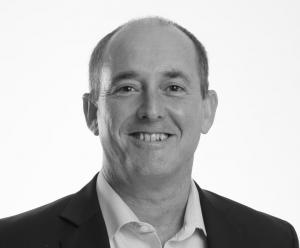 With the pressure to drive progress in a post COVID world, the qualities CEO’s will require over the next decade have turned on their head.

“Since I’ve been using this approach, my mind no longer spins a million miles an hour. My time is used more efficiently and effectively. I no longer lie awake plagued with worries, and 40% calmer.”
”
— Gavin Lockyer, CEO Arafura Resources Limited

SANTA MONICA, CA, UNITED STATES, December 9, 2020 /EINPresswire.com/ — The transition to 2020 has been nothing short of a bumpy ride, and leadership qualities that previously propelled CEO’s to greatness are quickly becoming outdated.

With a recession pending, productivity hacks, time management techniques, and leadership weekends no longer providing the edge most are looking for.

Leaders need to go beyond traditional ‘7 habits’ and ‘Getting Things Done’ productivity techniques, and think differently to get to the source of the real problem and create an unfair advantage.

To get an edge in today’s tough business landscape, the CEO’s below swear by the Leadership Breakthrough Protection Program.

According to 5 leading Australian CEO’s including David Slack, former Director Portfolio Partners & Australia Fund Manager of the Year 2000, the elite team at New Mavericks (residing out of both Melbourne, Australia and Los Angeles in the US) have developed a proprietary system which allows leaders to access this hidden but critical skill.

Here’s four ways it will give you a new protected advantage:

Over analysis is something all leaders battle with. According to Gavin Lockyer, CEO of Arafura Resources Ltd, the key to beating this is using simple techniques that allow your mind to organize itself, so you can differentiate the noise from the real issue.

“Since I’ve been using this approach, my mind no longer spins a million miles an hour”, he says.
“My time is used more efficiently and effectively. I no longer lie awake at night plagued with worries, and I’m at least 40% calmer.”

Another executive client of a multi-billion revenue company in the healthcare industry considers decision making the single most important skill a leader needs to master.

“Whether it’s interactions with your team or commercial judgements, there’s nothing more crucial” he says.

“Yet it’s easy to fall victim to dwelling and over analyzing, whereby you’re unable to see the forest from the trees.”

2. Communicate Effectively to Team Members & the Board

There’s no doubt the current crisis tests a CEO’s ability to lead.

It’s critical to both help your team stay healthy, motivated and engaged, while also getting your message across to the board in a clear, articulate and precise way. Not to mention, the management of public expectations.

David Slack understands the importance of empathy, authenticity, transparency and optimism in communication better than anyone.

“Not an ego based confidence, but a certainty that’s developed from the inside, and shows both your team and directors you know what you are doing, and are taking the company in the right direction.”

3. See What Others Don’t, Prioritize What to Focus on

John Annand, CEO of Advanced Braking Technology, used to think he had to do everything, causing him to feel overwhelmed and drained.

Yet because he was busy being busy, the stress he would shoulder would block the good ideas coming & would often miss out on opportunities.

“I now realize just because a task is on a to-do list, it doesn’t mean it’s important” he says.

“By grasping the latest techniques, I am able to firstly help myself which in turn helps the company proactively avert danger, handle any obstacle, and I am awake to opportunities I never noticed before.”

This has allowed John to prioritize what’s worth pursuing and focus on the critical issues, so he can chase after the rabbits he’s most likely to catch.

Since becoming CEO and using these techniques. John has in the last 19 months helped lead the company from underperforming and never reaching its full potential after 19 years of business – to stabilizing and moving forward to renewed profitability with numerous growth options in front of it.

When stress is high, it’s easy for CEO’s to drift into lazy habits.

These can range from failing to say no to underestimating the cost of projects, undermining diversity, cutting corners, to feeling like they’re working 24/7 or ignoring the importance of company culture.

According to Gerard Bongiorno, Principal at Sapient Capital Partners and Executive Chairman Linius Technologies Limited, course correction is very important as a CEO.

“The problem is sometimes these lazy habits are unconscious,” he says.
“Now, when I drift off the right path, the team at New Mavericks helps me to course correct.”

The reality is, there are so many advantages the two decade proven Leadership Breakthrough Protection Program, developed by Raamon Newman and Paolo D’Angelo of New Mavericks, provides CEOs with.

This lifted the share price from $5.87 to $17.50, a 198% bump in a very competitive tight margin industry. They've continued to work with leadership there and it now hovers over $24.

“They made my thinking sharper, helped me see more, and make better decisions,” says Waller.

“They’re unlike any coach or consultant I’ve ever worked with and I shared with my board I couldn’t have accomplished this without the kind of support Paolo and Raamon provided.”

The first year Mark worked with Paolo & Raamon at New Mavericks he was awarded CEO of the Year for New Zealand. The last year they worked with him in 2019 he was inducted into the New Zealand Business Hall of Fame.

David Slack, now MD of Karara Capital, has worked with Paolo since 1998 backs this up.

“I’ve always found him to be a good sounding board with an intuitive sense of the issues I faced in business”, he says.

“Paolo has a selfless interest in outcomes, and while it’s not for everyone, the approach will help CEO’s focus on the right issues in order to get an edge in the marketplace.”

Learn more about Leadership Breakthrough Protection Program at NewMavericks.com and ScienceOfProtection.org to hear what leaders have to say.

How Protection Based Leadership Protects Progress