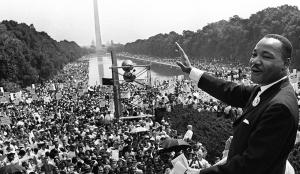 Martin Luther King Jr. delivering the “I Have a Dream” speech at the 1963 Washington DC Civil Rights March on the steps at the Lincoln Memorial 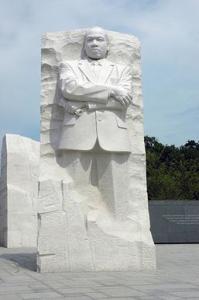 The “Stone of Hope” at the Martin Luther King Jr. Memorial 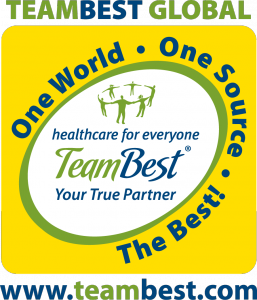 WASHINGTON, DC, USA, January 18, 2021 /EINPresswire.com/ — Reverend Martin Luther King gave many speeches and preached at the Atlanta, Georgia Ebenezer Church for over 20 years. His 1963 “I Have a Dream” speech on the steps of the Lincoln Memorial was attended by a crowd of over 250,000 people. It is still one of the most revered and memorable speeches of all time. More than half a century later, it still reverberates in every corner of America and the world.

Yesterday, as I was preparing for this press release, I read this memorable and moving speech again. No one could have delivered it better than Reverend MLK. It had an amazing and profound effect globally.

He dreamt that men, women and children of all skin colors would one day enjoy the same freedom, rights, and independence. He dreamt that ultimately slavery everywhere would be abolished and all people would freely exercise voting rights and be judged by the content of their character, not by the color of their skin.

I was born soon after India’s Independence from Great Britain. My name in Tamil (Suthanthiran) means "independence", as my parents wanted to name me in memory of India’s freedom. Mahatma Gandhi dreamt of a free India, and he won this for 300 million Indians from Great Britain on August 15, 1947, by promoting non-violent protests, which ultimately inspired MLK.

I watched America’s space programs of the 1960’s as well as videos and movies courtesy of ‘Voice of America.’ I was inspired to come to the USA, to study, work and create a life here. Prior to settling in the USA, I had gone to Canada in September 1969, to pursue my graduate studies in Mechanical/Aerospace Engineering. I graduated with a Master’s Degree in Engineering, from Carleton University, Ottawa, Canada.

I arrived in Detroit, Michigan, USA in 1972 from Windsor, Ontario, Canada, as an Immigrant/Permanent Resident. Soon after, I was able to find a job with an oncologist, in what was then known as Freedmen’s Hospital (now Howard University). I stayed at the International Youth Hostel for 18 months, located on the corner of 16th & P Streets NW in the shadow of the White House.

I spent the next two years, from 1972–1974, watching the Watergate scandals, the ensuing cover up and eventual resignation of President Richard Nixon in August 1974.

In spite of the Emancipation Proclamation and the passage of Civil Rights legislation, we still experience and witness racial, ethnic, gender, as well as other discriminations, even today. How do we all unite to eliminate these prejudices and make progress for all?

Education is the most effective way to eliminate poverty while promoting global understanding and peace. College education for our young adults should not be a debt-sentence for life!

Health is wealth and everyone deserves the best health. The economic well-being of every individual, community, society, village, town, city, state/province or country throughout the world depends on the good health of its citizens.

For this reason, I founded the Proud American Party several years ago — to promote the United States of America as one nation, under God and the American flag; to focus on affordable/accessible quality education, healthcare, housing and jobs; to promote a strong, vibrant and growing American economy to compete proactively in the 21st Century’s global economy.

Please join me in promoting the visions of Proud a American Party — to unite all Americans under God and the American Flag.
Have a happy and healthy Martin Luther King Day.

Reverend Martin Luther King's 1963 "I Have a Dream" speech can be read in full at this link: https://kinginstitute.stanford.edu/king-papers/documents/i-have-dream-address-delivered-march-washington-jobs-and-freedom
To read more about Krishnan Suthanthiran, visit his bio page: http://www.teambest.com/about_bio.html
To read other recent news and materials from TeamBest Global Companies, please download this PDF from our website:
http://www.teambest.com/news/TBG_SeasonsGreetings.pdf